Why am I writing a post about this masjid? Well the post isn’t about the masjid but our relationship with the Quran and how we respond to the words contained in it. The above ayah from surah Baqarah was revealed to the Prophet (saw) commanding him to change the direction of salah. We know from narrations that he (saw) longed for the Ka’bah to be the qiblah, and Allah, the All Knowing answered this through this ayah.

After we prayed at the masjid, the teacher who was with us, told us the story of how the sahaba changed their direction of prayer whilst in salah after hearing a command was revealed.

Bukhari reports, a group of sahaba were praying when a man came and said, “Quran was revealed to the Prophet (saw) and he was ordered to face the Ka’bah. Therefore, face the Ka’bah.” They then faced the Ka’bah. It is further reported by Muslim and Tirmidhi that the sahaba were performing Ruku and then changed the direction to the Ka’bah while still in Ruku. (Tafsir ibn Kathir)

Eight years ago when I heard the story about how mid salah the sahaba changed their direction, I remember feeling excitement. I loved the fact that the teacher shared it with us. I paid little attention to the real detail of the story. And the detail being the conviction in which the sahaba responded to an ayah of the Quran.

This realisation of their obedience came years after I heard the story. It came when I started reciting the Quran with my friends, when I spent a different kind of quality time with the Quran. It made me think how we recite, read and show respect to the mus’haf but sometimes it takes us a very long time to submit to the words. It takes us a long time to make it real in our lives, it takes us time to respond.

Knowingly, unknowingly, out of laziness or fear, we take our time to submit, but it didn’t take the Prophet (saw) and his companions seconds to submit. Ibn Kathir wrote about these narrations: “These hadiths all indicate the perfect obedience the companions had for Allah’s commandments…” (Tafsir ibn Kathir)

Why do I share this tonight? This is a reminder for myself, that merely reciting the Quran just isn’t enough. Trying my utmost to memorise surahs also isn’t enough. All of this is half-filled, if I don’t respond to what Allah tells us. Whatever our struggles may be; society, family, peers, time, we claim to submit but yet we do it half-heartedly.

The sahaba were humans too, just like you and I. They had struggles too (more than us actually) – but their shahadah weighed a great deal more than ours. They believed, they submitted and they responded. For them the words of Allah were greater than anything and everything else they heard or read. The same should be for us too.

(First and foremost this post is a reminder for myself. This ayah has a greater meaning than what I have shared and has been used by scholars to explain the essence of the qiblah) 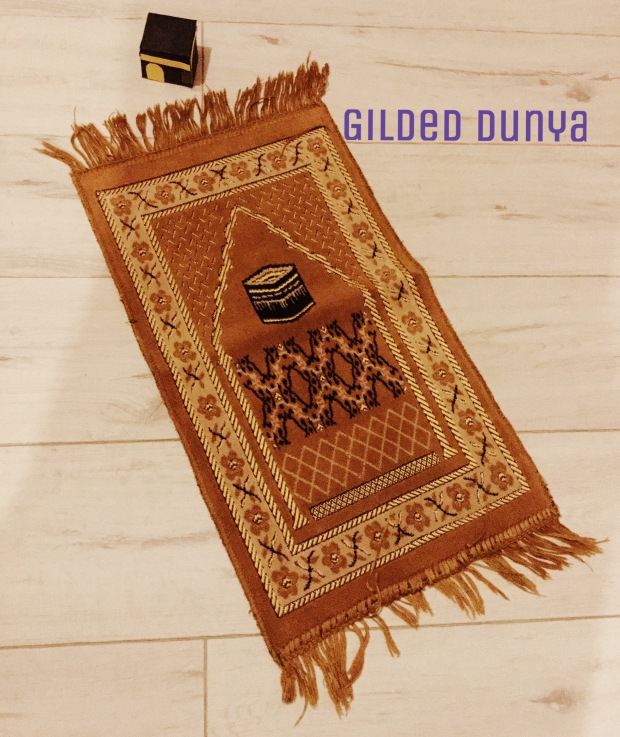 4 thoughts on “How do we respond to the Quran?”

Gratitude and joy lead to trust, hope and greater gifts. The One who has given you the Quran will surely help you in reading, understanding and following it. Thankfulness and joy generate an ever-fresh vigour which helps you to read the Quran always with renewed zeal. The more you are grateful, the more Allah gives you of the riches that the Quran has to offer. Generosity evokes gratitude, gratitude makes you deserve more generosity - an unending cycle. . . “If you are grateful, I will surely give you more and more.” (14:7) . . Excerpt taken from ‘Way to the Quran’ by Ustadh Khurram Murad #PostRamadanMotivation
Blessed days and blessed nights are on the horizon, may we make the most of it with all our heart. . . Signing out for now, if Allah allows, I will see you all soon. Love and duas. . . . “Celebrate the praise of your Lord and ask His forgiveness: He is always ready to accept repentance.” (110:3) . . #Ramadan2020 InshaAllah